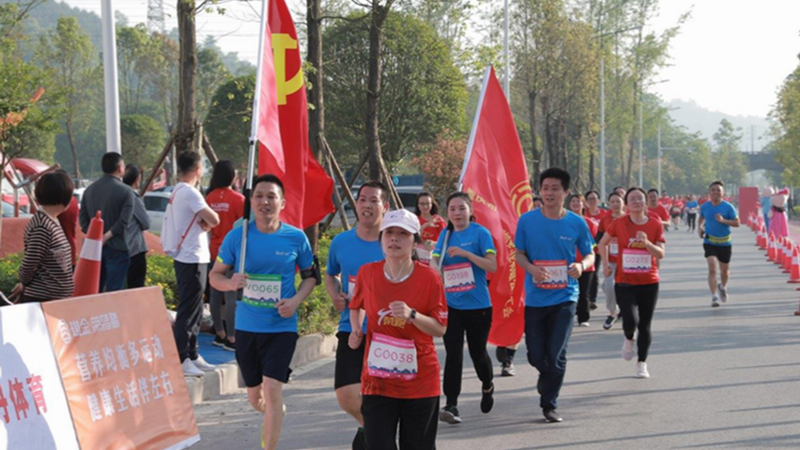 On the morning of April 30, 2021, the corporate employee health run event jointly sponsored by the Rongchang District Federation of Trade Unions and the Management Committee of the High-tech Zone to celebrate the 100th anniversary of the founding of the Chinese Communist  Party was launched at the Marathon Square by the Riverside.

The early morning sun shines on the marathon track. The Laixi River Marathon Square has long been crowded. More than 1,000 representatives from Rongchang High-tech Zone, towns and enterprises and institutions gathered in the square. thrilled and itched for a chance to try， everyone is in a rising mood to compete. The party branch of Chongqing Bull Animal Pharmaceutical Co., Ltd. and the labor union sent 13 employees to participate in the event. 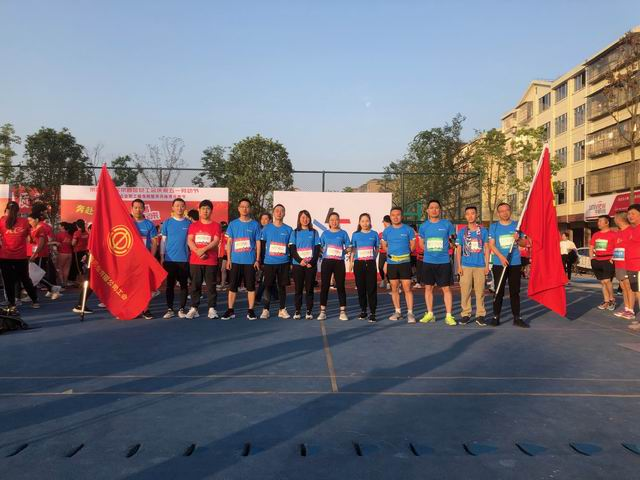 Group photo of Bullvet's employees before the game

At 7:30, with the firing of the starting gun, the corporate employee health run to celebrate the 100th anniversary of the founding of the Chinese Communist party officially began. The participating players of the Bullvet Company wore uniform uniforms and ran in the team holding the flag of the Communist Party of China and the Flag of the Bullvet Labor Union, which became a beautiful scenery.

Bullvet's employees running on the track

"Celebrating the 100th anniversary of the founding of the Chinese Communist Party, and showing the spirit of “Bull" is the theme of the Bullvet Company. In the competition, employees from different units scrambled, and the game was fierce competition. The Bullvet employees were full of smiles, high-spirited and in unison, and always followed behind the team members holding party flags and union flags in a uniform formation. Show the image of the Bullvet Company, which shows the spirit of Bullvet.

As the last team member crossed the finish line, the marathon ended in a joyous atmosphere. This activity not only exercised the bodies of Bullvet employees and enhanced their cohesion, but also demonstrated Bullvet's spirit. The employees said that exercise not only brings health but also happiness. They recognize the importance of persisting in exercising and maintaining a good figure. They hope that they can devote themselves to work with more enthusiasm, and take Bullvet’ s product to every corner of the world. Take a solid step by yourself.